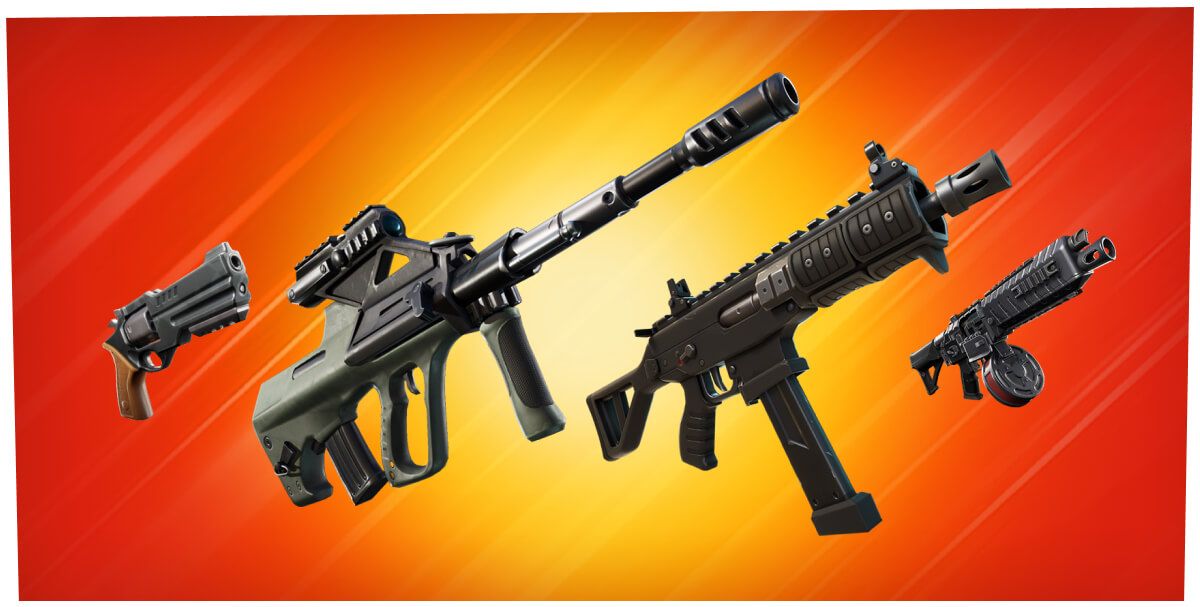 A few days into C3:S2 and Fortnite is more popular than ever! Everyone is hopping on to test out the no-building mode and viewership on Twitch and YouTube is through the roof.

Of course, with a new season comes a brand-new loot pool. With a bunch of fresh weapons available in-game, we’ve put together a guide on the best possible loadout to help you rake in those Victory Crowns.

Last season, many players would opt to carry just a Shotgun and Stinger SMG, due to the Stinger’s crazy accuracy and damage at range. They would then have room for a couple of heals and Spider-Man’s Mythic Web-Shooters.

However, this isn’t really viable with the new Combat SMG. Its recoil can be pretty difficult to control at range, meaning you will probably want an Assault Rifle for those mid to long distance fights.

Therefore, our recommended loadout right now is a Shotgun, SMG, Assault Rifle and two heals. Though in team modes you may occasionally want to sacrifice one of these items to carry utility like a Repair Torch or Cow Catcher.

The Shotgun meta hasn’t actually changed a whole lot from Season 1, they have simply replaced the Heavy Shotgun with a slightly reworked version of the Drum Shotgun.

At the moment, the Striker Pump is still on top. The Auto Shotgun is very weak, and while the Drum Shotgun can hit hard, it is more of a spray weapon, which is kind of necessary when you already have an SMG and AR.

A new type of Pump Shotgun was teased in the Season 2 trailer, which will likely release in the next few weeks. According to leaker HYPEX, it has a single barrel and tight spread. This could well become the go-to Shotgun choice when it drops.

We thought the Stinger SMG was broken, but Epic has one-upped it with the Combat. With its insane damage, super high fire rate, and 2x headshot multiplier, this gun is a nightmare up close.

The Stinger is still a decent piece of kit, and you could potentially take that instead if you don’t want to carry an AR. However, with how quick the Combat SMG does damage, you are at a significant disadvantage if you don’t have one.

There is a strong chance that the Combat SMG gets nerfed at some point, though the developers won’t want to make it too much weaker as it needs to be powerful enough to make up for the recoil, otherwise people would just use the Stinger instead.

There are two main ARs this season, The Ranger Assault Rifle and the Striker Burst Rifle. They both have merits, so this choice comes a little more down to personal preference.

For me, the opportunity to deal huge damage if you are accurate and connect a full burst makes the Striker your best bet. Plus, it tends to be way more effective than the Ranger when hip firing.

Either the Combat Assault Rifle or Red-Dot AR (maybe the MK-Seven) will be added later this season via a Funding Station vote. At this point it will be a case of revaluating, especially if you generally prefer automatic weapons.

As always, Chug Splashes remain the number one healing item. The fact that they heal so fast, grant both health and Shield, and can be used on teammates and while running make them a must if you can find them.

I would personally pair these up with a stack of Minis, but now that you have Overshield in public matches, there’s no harm grabbing white heals like Med-Mist or Floppers instead.