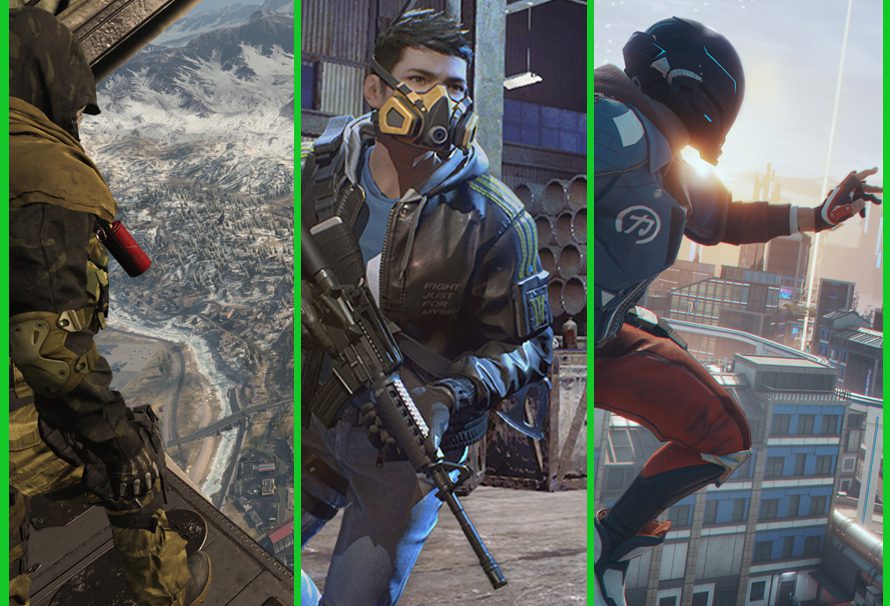 The genre of Battle Royale games has seen a boom in recent years and it doesn’t really show signs of stopping. With each new title looking to outdo the last or ever update improving what already exists it’s hard to see that changing. There are a lot to pick from so we’ve narrowed down the Top 10 Battle Royale game 2021 has to offer.

PUBG is the one that started the whole BR boom. Whilst it wasn’t the first, it refined the genre and took the world by storm accumulating over 3 million concurrent players and smashing records of steam left right and centre. It’s modern day military setting was a huge draw for millions of players all trying to get that chicken dinner. PUBG became the standard to aspire to for Battle Royale games. 100 players drop in and have to scavenge for weapons, armour and equipment whilst a circle closes in around you forcing players closer together. With solos and upto 4 player squads PUBG offers a variety of ways to play on multiple maps all with vastly different aesthetics.

PUBG may have kick started the genre, but Fortnite took things to a whole new level. Like Marmite, Fortnite splits opinions in dramatic fashion. But there is no denying the power of this behemoth. Keeping a Battle Royale game fresh, engaging and interesting after such a long period of time is a truly special effort. Celebrity endorsements, Marvel tie-ins, live concerts, this game has seen it all. The key to success in Fortnite comes from being able to build structures around you for protection. The faster you can do that the better your chances of survival will be. With it’s cartoony art style don’t be mistaken in thinking this is a casual game, Fortnite can be a real sweatfest when it comes down to the last few survivors.

With the genre becoming so popular it was inevitable that others would join. Call of Duty finally entered the fray with their take on Battle Royales with Warzone. The fast-paced run and gun style from the standard multiplayer became an instant success. Incorporating loadouts, mixing in parts of existing maps, secret bunkers and special rare weapons to find make Warzone an exciting and intense experience.

Warzone has mixed things up a bit with unique respawn mechanics where you fight 1 vs 1 in the Gulag to see whether you can come back. SHould you lose, your team can still buy you back providing they have the cash.

Apex Legends was a breath of fresh air for the genre taking inspiration from Titanfall and being set in the same universe. This ‘hero’ based battle royale gave players an interesting cast of characters each with their own unique abilities to make use of in the battlefield. Whether they be offensive, defensive or support focused there’s always something to help you out. With a focus on freedom of movement and making use of verticality Apex Legends is excellent fun.

Fall Guys may not look like your typical battle royale, but don’t be fooled by its lack of weapons, this game can be brutal at times. The game took over twitch recently with everyone playing it. But that’s not the only reason it’s one of the top battle royale games 2021 has thrown at us. With 60 Fall Guys entering the fray, it’s mixture of obstacle courses and team based games make Fall Guys a fun, frantic and hilarious game.

Releasing during the summer, Hyper Scape is Ubisoft’s entry into the world of BR. This is another game that uses a lot of verticality in its gameplay. The map is a dense urban setting with tall buildings to scale and run over the rooftops making huge leaps to close distance to your enemies. With abilities being able to be picked up from around the map you’re going to want to keep moving to find the best items. Eliminating all your opponents isn’t the only way to win however. You can also pick up the crown which appears in the final sector of the map. Should you hold onto it for the allotted time you will be crowned the winner.

Whilst a lot of battle royale games focus on using guns to defeat your foes. Spellbreak uses magic. Equip gauntlets that allow you to wield the elements and create devastating attacks. Spellbreak is a challenging game to master and you’re going to need to learn what items work best with each other in order to come out victorious. There are lots of different items available from amulets, belts and boots each with their own rarity. All of them provide different perks to your characters. There are also skill points that can be used to unlock perks when playing. But the best thing about Spellbreak is learning which spells to combine. Launching a toxic cloud and then setting it ablaze with your fire gauntlet is very cool.

Ring of Elysium plays much like PUBG although it has taken things to another level with snowboards, hang gliders, underwater treasure, volcanoes and a whole lot more. It’s safe to say that RIng of Elysium has taken a more liberal approach to realism and it works. This battle royale is just good high octane fun.

Taking things back in time Mordhau offers a medieval battle royale experience. Although BR is just one of the game modes on offer here, it is still a very fun mode to play. Modrhau features brutal, up close and personal melee combat where timing is everything.

Many consider Minecraft to be the first game to feature a battle royale mode. It therefore can’t go unmentioned. With battle royale servers still running even over a decade after the game first released it has to be talked about when mentioning the top battle royale games. Minecraft Survival Games plays much like the Hunger Games. Contestants spawn around a central point in a circle around a stash of weapons and items. It’s then a fight to the end to become the sole survivor.

There you have it, the top 10 battle royale games 2021 can provide you with! If you’re looking for something else, why not check out our Top 10 FPS games of 2021.